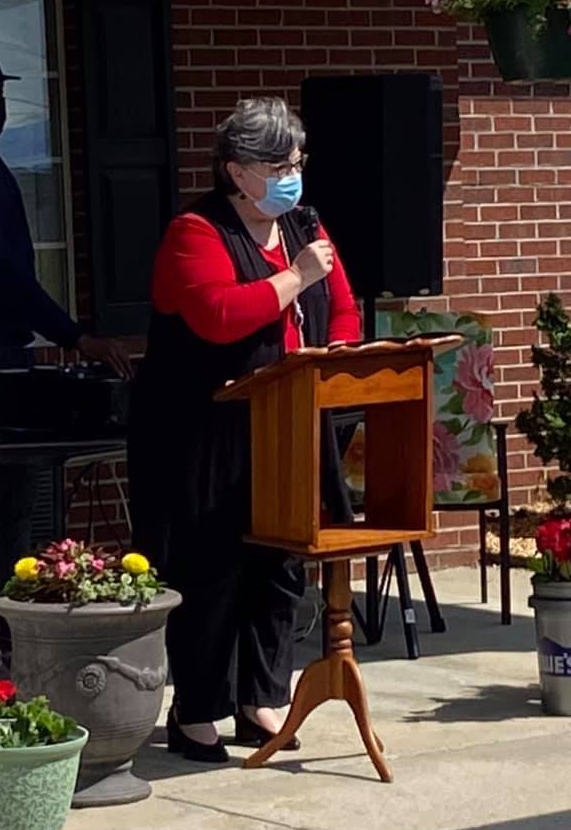 “On behalf of the Roxboro City Council, I declare that April 13, 2021 be recognized as Canterbury House Day, celebrating the years of service to the community and hereby urge all citizens to take special note of this observance by acknowledging and supporting the ongoing contribution of the Canterbury House,” said Roxboro Mayor Merilyn P. Newell.

During the proclamation, Mayor Newell highlighted the community’s dedicated care-givers. One of the most notable long-term employees of Canterbury House is Executive Director, Geraldine Yancey. Yancey began her senior living career 44 years ago at the age of 21. She worked as a cook at the local nursing home. She also worked as an activity director/med tech. Yancey attended Piedmont Community College where she received an Associate's Degree in Applied Science, Social Services. She also has a Bachelor's Degree in Business Admission from Averett University.Yancey has worked her way through the ranks and took the lead of Canterbury House in 1999 as the Executive Director. She has been the only administrator for the community since their opening 22 years ago.

Along with Yancey, the community has had several other dedicated employees. Avis Goode, Margaret Woods, Cleo Stukes and Carolyn Rogers have all served at Canterbury House since 1999. Hilda Pass, Helen Connally, Ethel McNair and Earl Vaughan have all served for 15 years or more. 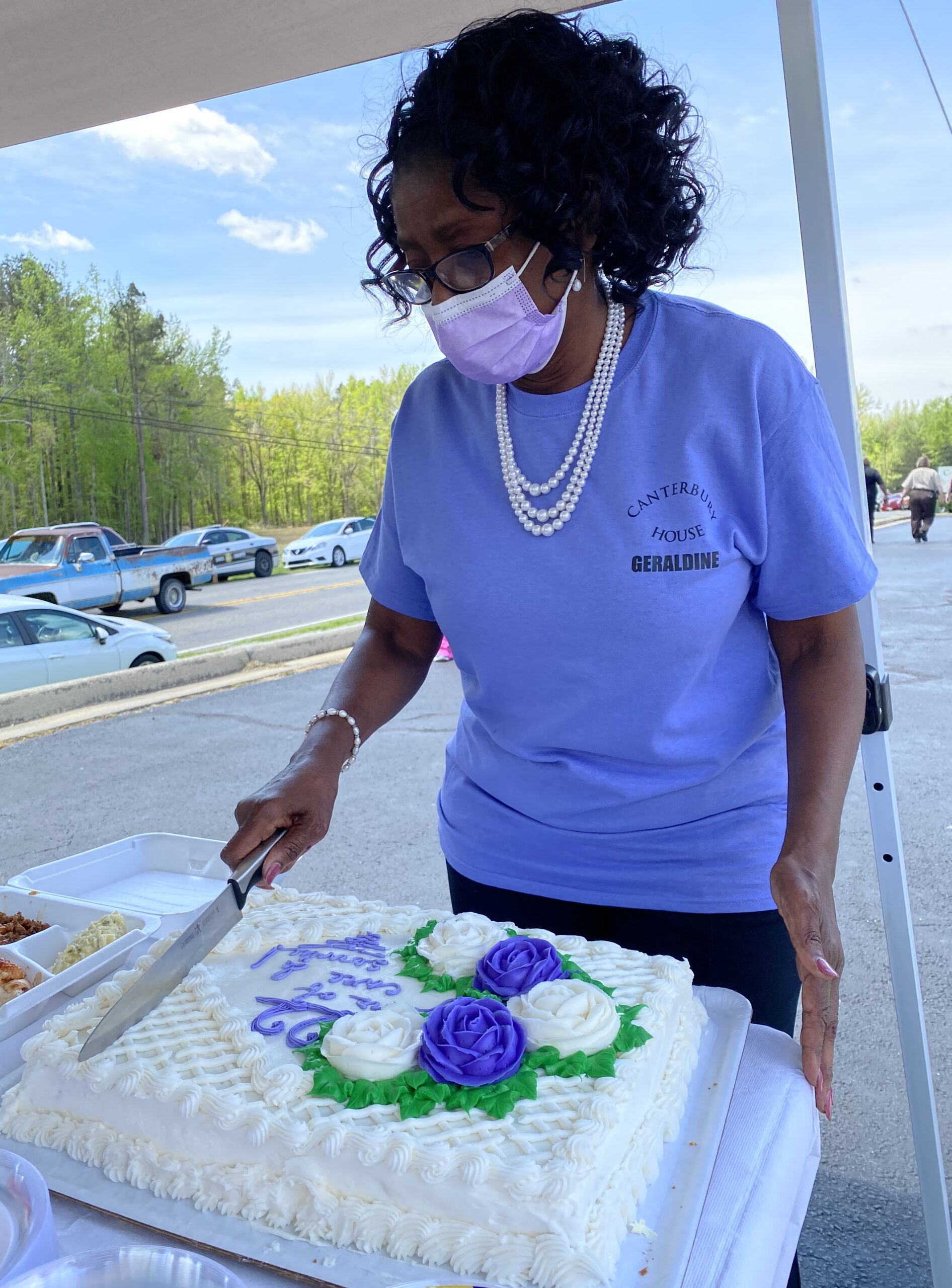 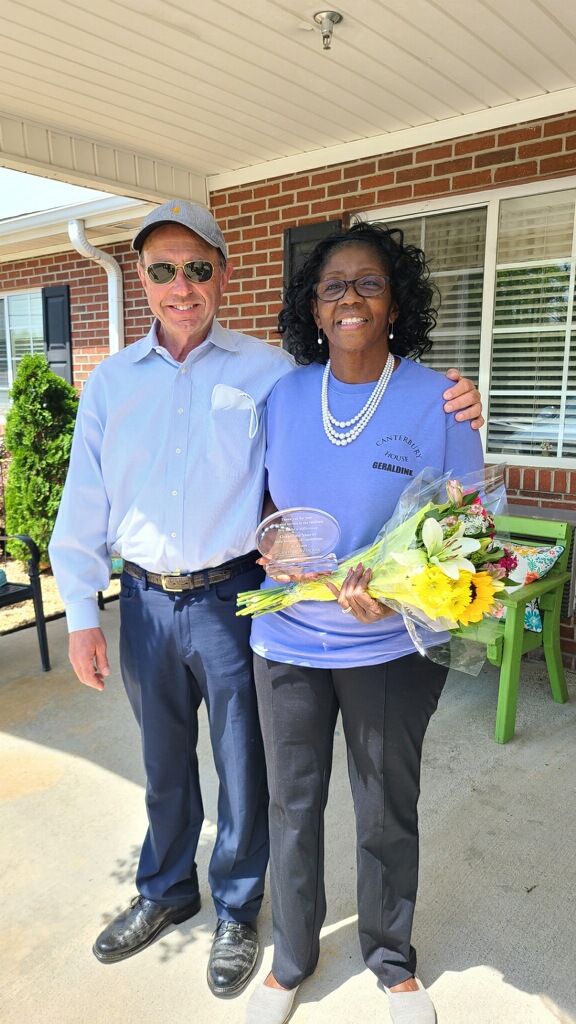 Canterbury house has been the recipient of the Safety and Health Achievement Recognition Program award for the past 17 years. Life Enrichment Coordinator, Earl Vaughn, also established the Candy Cane Choir which engages residents, and allows them to participate and perform in the community’s annual Christmas Open House.

“I am proud of what we have here at Canterbury House,” Yancey said. “I have always worked to make this community a safe, wonderful place for everyone who calls it home, and I will continue to do that with the help of my amazing team here. My passion for caring for seniors is staying strong.” 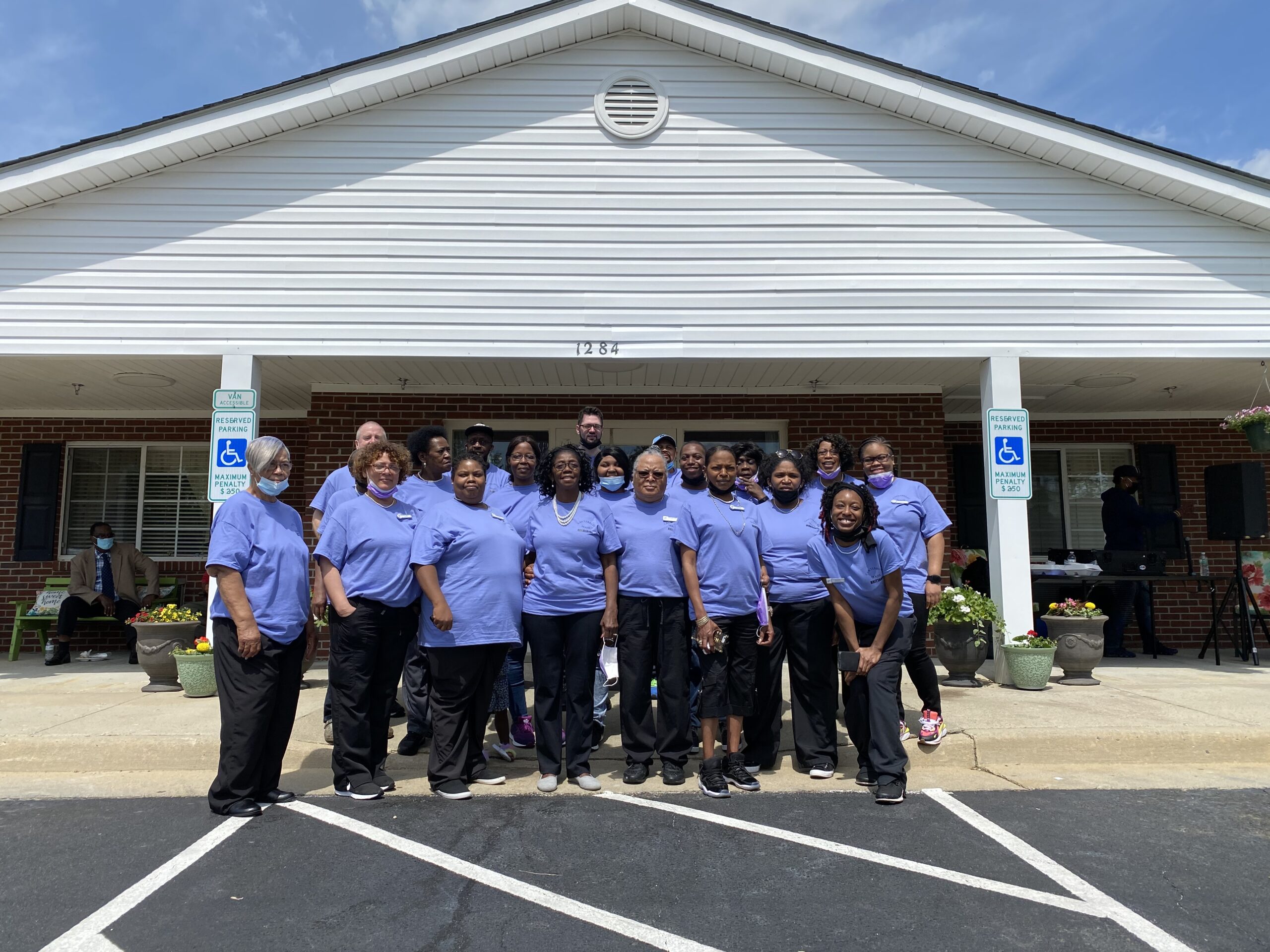 Staff at Canterbury House Assisted Living gather in front of the community to pose for a photo at the 22nd Anniversary Celebration.

This site uses Akismet to reduce spam. Learn how your comment data is processed.

NOW OPEN FOR TOURS
Tours available every day, including weekends
Schedule a tour

NOW OPEN FOR TOURS
Tours available every day, including weekends
Schedule a tour

Send us your details and we'll be in touch about our tour availability.

Send us your details and we'll be in touch about our tour availability.

Thank you! We'll reach out shortly to finalize a date and time for your tour.